Give Suggestions on how to make Chandigarh a Smart City 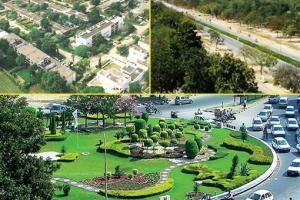 The stage 2 of the Smart City competition is very crucial as each city’s Smart City Proposal (SCP) is supposed to contain the model chosen, whether retrofitting or redevelopment ...

The stage 2 of the Smart City competition is very crucial as each city’s Smart City Proposal (SCP) is supposed to contain the model chosen, whether retrofitting or redevelopment or greenfield development or a mix thereof, and additionally include Pan-City dimension with Smart Solutions. The Smart City Proposal (SCP) will also outline the consultations held with the city residents and other stakeholders. Also, a vision for the Smart City has to be prepared, and this vision should emerge from the needs, aspirations and wishes of the local people to make their city offering more to live better life.

The biggest driver of the Smart City is the smart citizen. Citizen involvement in Smart Cities is elevated. So, the Smart City Proposal will be Citizen Centric, designated after consultations with residents of the city and through active participation of various groups such as Residents Welfare Associations (RWAs), Tax Payers Associations (TPAs), Senior Citizens and Slum Dwellers Associations (SDAs).

During consultations, various issues such as areas of utmost concern, needs and priorities of citizens and different groups/associations will be identified and people centric solutions will be evolved.

The residents of Chandigarh can also post, share their ideas, views and opinions on ‘Smart Chandigarh’- the official mobile app of U.T., Administration.

Rain water harvesting must be used as well as sufficient water must be supplied.