Ministry of Housing and Urban Affairs

By most accounts, Indian cities exemplify Jacobs’s description of ‘lively’, ‘diverse’, and ‘intense’. There is a greater socio-cultural diversities in our cities with strong forces of assimilation and integration. Collectively, people in Indian cities contribute a far higher share in the country’s GDP than what their share in the national population. More than one study has confirmed the existence of ‘agglomeration economies’. This means that firms and people show higher productivity in cities. By 2050, India is likely to add 416 million population to the world’s urban population vis-à-vis 255 million for China. India’s rural population is likely to come down by a few million during the same period. All of these underline the status of Indian cities as the true ‘engine of growth’. Yet, Indian cities miss one thing that most other engines have – ‘a check engine light’.

In other words, there are very few tractable indicators of the economic activity in a city. The Central Statistics Office (CSO) releases all India GDP data disaggregated by rural and urban areas for selected years. There are a few other estimates available from private agencies and researchers but these are again either aggregate urban estimates, or one-off exercises. The lack of this critical data point has led the Ministry of Housing and Urban Affairs (MoHUA) to appoint a team under Technical Assistance for Smart Cities (TASC) to conduct the following activities:

Several stakeholders are expected to benefit from these estimates including policymakers and planners, private sector and citizens and researchers. Policymakers will be able to use this data to plan for future infrastructure investments and raise finances for the same. The private sector will be able to use this data to complement public investment, strategize business decisions. They will also be empowered to identify ‘emerging city economies’ – i.e. future investment destinations, beyond the usual metropolitan suspects. Citizens may use this data to make migration decisions, and academicians and researchers will be able to exploit the data to undertake critical research in urban economics and planning. It would also foster a spirit of competition amongst the cities. Our cities are on a path of prosperity except that the economic progress remains unmeasured. We have made a benign attempt to generate annual city GDP statistics with the release of this framework document while recognizing the fact that it may be challenging.

This consultation paper presents the draft framework developed by the TASC, for city GDP estimation. We would like to invite your feedback/ suggestions/ recommendations on the proposed framework, using the feedback link provided on http://smartnet.niua.org/city-gdp or on MyGov by 31st March, 2019. We look forward to your participation in this journey. The burning issue of farmers in TN is water for agriculture.
With the implementing capability of the Govt demonstrated during 2014-19, if connecting rivers end to end in the Nation is announced and taken up, it will be a boon to the people of the Nation as a whole and probably the best methods to address farmers' plight. An awareness and commitment to do this shall be spoken in all corners of the Nation. People may not hesitate to vote such Govt. that commits to do this. A National Dream. Inadia can boost GDP by doing various works . If the survey for GDP is given to public and specially to students tha in which field there is increased or decreased. India is agricultural country also so also highlighted on farmers and agricultural products. India also doing well in space . And industrialization is also important aspect to boost GDP. If government is focus in three field it is easily achievable goal . In India we have to do intention on what we do from many years. only work it Each city is having a certain importance due to spatial productivity Example: Rajgurunagar Pune; Some cities are good as Agriculture produce some are functioning as service engine Example: Mumbai

A framework is to be established by setting up a parallel feedback system on monthly basis. College students in 2nd year Engineering/ Degree will form a committee and review condition of City in the field of their expertise. They will review position of their seniors in Placement & their family members in health.

Data is Available with students of every stream, Student as aspiring for livelihood & give serious balanced reactions. Students are observing surrounding conditions and discussing about the same. If we provide a platform to them they can assess City level conditions very well.
A framework is to be established by setting up a parallel feedback system on monthly basis. College students in 2nd year Engineering/ Degree will form a committee and review condition of City in the field First of all I will, appreciate the government step for having discussion on our cities. Today, Indian cities are divided into many tiers and each tier city have same unique requirements. Henceforth government should focus on making city development more inclusive by Involving citizens. The University, and school students will be key to make a difference. Creating city level employment, providing house, medicare, education to all is a prerequisite for city transformation. 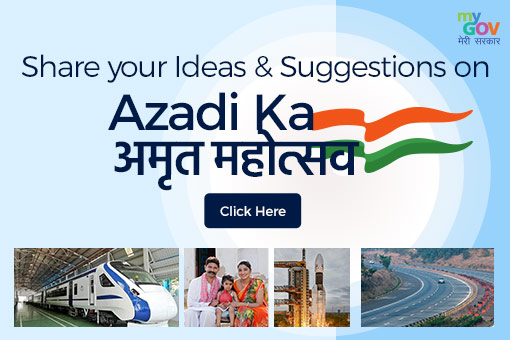